Exercise? It’s a massage for my mind! A sports student's perspective on exercise & mental health

Exercise to me isn’t just about being physically active. I often have the thought “I need to go for a run to release some stress” and to me this demonstrates that working on the body’s muscles can actually benefit the brain too.

In fact, the brain itself is often described as being like a "muscle”. We repeatedly test the brain through memory exercises, such as exams, but rarely consider how physical exercise could test the brain too.  For example - I wouldn’t expect to build my bicep muscles without being physically active, so why can’t my brain muscle be affected by exercise too?

People usually exercise with the thought of keeping fit and losing weight, not realising that physical exercise is strongly related to more than just a physical image; it can affect the mind too.

For me, joining the gym was a way to combat my low self-esteem, thinking that exercise could improve not only my body image, but also my image of myself. Exercise became an addiction as I sought to create the “ideal body”, not realising I was suffering from body dysmorphia and slowly developing an eating disorder. Once I understood that this wasn’t so much a physical issue as more of a mental one, I began to see the real benefits of exercise. 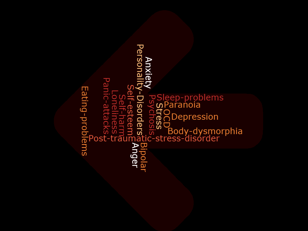 These common issues aren't always linked to mental health; but I soon began to realise that being healthy was just as much about my brain as it was about my body. In the years since, I have used exercise as a form of stress release for frustration, anxiety and even loneliness. At first I didn’t realise that exercise was helping improve my state of mind, but then realised my physical health and mental health were closely linked – so physical activity was also benefiting my mental health and wellbeing. 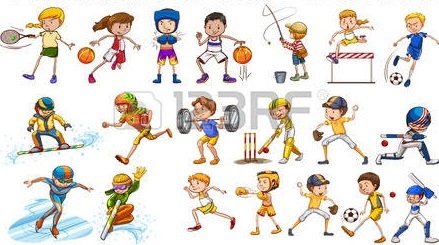 I experienced increased self-esteem as I became fitter. My confidence grew as exercise became my hobby, giving me the opportunity to meet new people with whom I shared a common interest, so reducing my feelings of loneliness.

As I exercised I could feel those “feel good" hormones – endorphins - being released in my body; this calmed my anxiety, reduced the feeling of stress and lifted my mood.

I found exercising therapeutic; as I concentrated on the physical challenges, it allowed me to clear my mind of all the other thoughts rushing around.

Today I think of the brain as a muscle and I use sports activities to exercise both my body and my mind.

I often think, if I were running and developed a tight calf muscle, I would go and see a sports therapist for a massage - so when I’m not in a good mood emotionally I take part in a sport activity and it’s like “a massage for my mind"